Grab a chance to go abroad in Australia with PTE/IELTS

Go abroad in Australia: We believe by now we are all familiar with English standardized tests and why we need them. Names like the IELTS, PTE or TOEFL have nowadays become commonplace in any conversation about English tests. So much so that many people only know these names without truly knowing how valuable the score actually is for their future to go abroad in Australia.

Today however, we will be covering one of the many opportunities that a Standardized English test opens up for you; Immigration or study to Australia.

Australia and its opportunities: Why people go abroad in Australia?

Australia has recently become one of the most popular destinations for migration and further study. In fact, many consider Australia to be in many ways, a better destination than the previously favored ones of the UK, USA, or Canada.

One of the main advantages of immigrating to Australia is the Australian Government’s attitude towards migrants. The government offers a number of different visa options and welcomes migrants for their ability to contribute to Australia’s economy. Added to that, is the fact that the government recognizes dual Citizenship. It is also a fairly simple process for Permanent Residents to gain Citizenship after a couple of years which attracts anyone who wants to move to another country on a permanent basis.

When it comes to opportunities, Australia can in some ways be considered still uncharted territory. While it is a developed country the place is still filled with chances for migrants with advanced skills and experiences. This is because of Australia’s burgeoning economy which is currently creating lots of specialized jobs economy in different sectors is to make proper use of Australia’s natural resources to the fullest. Hence, Australia is only expected to rise from here out. Anyone hoping to work in Australia can get the best of both worlds. They can find themselves in a developing economy filled with opportunities as well as experience the modern lifestyle and the high living standards that is characteristic of a well-developed nation.

This plethora of opportunities and the multitude of choices the Australian Government provides to live and work in the country after study is why Australia is such an ideal destination for many students too. Australia provides quality Education which is in no way inferior to that of other well-developed countries like America or UK. For a country with a relatively small number of universities, Australia offers truly world-class education and regularly features in global rankings. Eight Australian Universities took a spot in the latest QS World University Rankings while several others have placed in the Times Higher Education Rankings as well as Shanghai Jiao Tong academic rankings. All these aforementioned universities have commendable academic and employer reputation as well as maintain a good international student ratio.

Prospective students who come to Australia can work over 20 hours a week when classes are in session. They can also work full time during their 3-month summer break. Furthermore, study in Australia focuses on hands on experience so  even during their stay students, especially from accounting, IT and Engineering disciplines can gain experience and training by working in their respective fields during the Professional Year Program (PYP) even before they become full fledged graduates.

In reality, there are many more reasons why you should choose Australia. It is a land of many attractions that make it a wonderful place to live in. Australia has a temperate climate. For, people used to warmer climates, Australia is hence the perfect place to move to as the place boasts winters less harsh than countries like UK or Canada. Australia is home to a multicultural population. As such, one can enjoy diverse foods from authentic Chinese, oriental or Indian cuisines all made with fresh ingredients originated from Australia itself. The country also has a large number of touristic spots from National parks, world heritage sites to famous Opera houses so there is something there for everyone

IELTS is ubiquitous when it comes to globally accepted English standardized tests. In fact, rather than talking about which institutions accept the test it would be easier to talk about who doesn’t.

So, just like anywhere else, to migrate to a foreign country you need to prove you have the Standard English skills to get by. If you are applying for study abroad, it is crucial to show whether you will be able to cope with the rigorous studies that higher education entail in the English medium.

The Australia government most definitely accepts the IELTS for their immigration process and giving this exam should be the first step for any hopeful who wants to move to Australia. The test is also accepted by more than 1000 institutes and university programs across the country. IELTS is one of the oldest English standardized tests created and designed for migration needs and most of the tests that came later were surely inspired by its model.

In the IELTS Exam the candidate is mainly tested on 4 basic skills: Reading, Writing, Speaking and Listening. This design is the same for pretty much every other English test. In IELTS, your scores are calculated in bands from 1 to 9, and your scorecard will have individual band scores on each of the 4 basic skills as well as an overall band.

For visa application, the main applicant and all dependents over the age of 18 are required to meet the IELTS requirements. Also, since there are many variants of the test, it is recommended to ensure that you are taking the correct version of the test. If you want to go to Australia for study, you would have to sit for the academic version, while visa proceedings would require applicants to appear for IELTS General.

This exam is definitely the test of choice for applicants who want to apply to multiple places and would like to keep teir options open. IELTS coaching can also help many who hitherto have poor English and want to commit to improving their language skill with some time in hand.

As you have already figured, whether you want to go abroad in Australia for Work or Study, one of the first things you need to do to prove your eligibility is take an English standardized test. So why not take Pearson’s very own PTE Academic test? Pearson has been dedicated to providing tests that assess the ability of non-native speakers for years and is especially specialized in computer testing.

When PTE was first introduced in 2009, the Australian government, that is, Australia’s border agency and Immigration Department, was one of the first bodies that approved of the PTE test as a way to test the language level of their applicants. Today, PTE is not only accepted by the government, but also by pretty much all educational institutes, professional associations and Universities in Australia. The test’s applicability has only risen since it was first introduced. In 2009 and now it is accepted for most of the UK visa applications as well as education institutions all over the world.

If you are focused to go abroad in Australia, taking the PTE exam is your best bet. This is because PTE provides a few advantages over other English tests like IELTS or TOEFL. The PTE is a completely computerized test. The entire exam can be given in one sitting and the exam is graded by computer software. As such, you can expect much faster results as well as much more frequent exam dates.

In fact, in most countries that have PTE Exam facilities, you can take the tests every day, only needing to book them 1 day in advance. The test results too are usually available within 2 days. PTE also carries the advantage of being designed in such a way that it is easy to score equally in the four basic communicative skills. This is because most question types in PTE account for scores in two or more communicative skills. For example, the “Read Aloud” question of the PTE Academic carries scores for both Reading and Speaking. This can be a very important criteria when selecting an English standardized test for prospects that need to achieve a certain score on a particular section to qualify.

The test is also simpler and specially designed for non-natives to test their regular day to day English rather than focusing on its complexity. This somewhat separates the test from others and could be the better choice for those who have good basic English and need high scores. The exam has an overall score between 10 and 90 and this is the same for its 4 basic communication skills which are also scored out of 90.

Australia is slowly becoming one of the most popular destinations to move to. Anyone interested can either go for work or study since the country provides world class facilities and varied options for either path. However, taking an English Standard test, be it IELTS or PTE is integral to this process and a good or acceptable score is one of the first requirements.

Selecting which test you prefer is completely up to the candidate and their needs as each provides its own perks. However, one this is certain, IELTS and PTE can be a great help in moving to Australia and both the tests are widely accepted by the institutions and carry equal value. 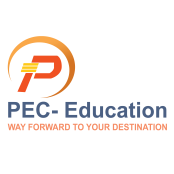 This site uses Akismet to reduce spam. Learn how your comment data is processed.

Online studies are designed for students whose scheduling commitments would otherwise make it difficult to enroll in a full-time higher education program. Offered for individual courses, diplomas, associate’s degrees and certificate programs, online studies are a valuable option. The resulting qualification a graduate receives after successfully completing.